What is global warming?

Back to top
General
General 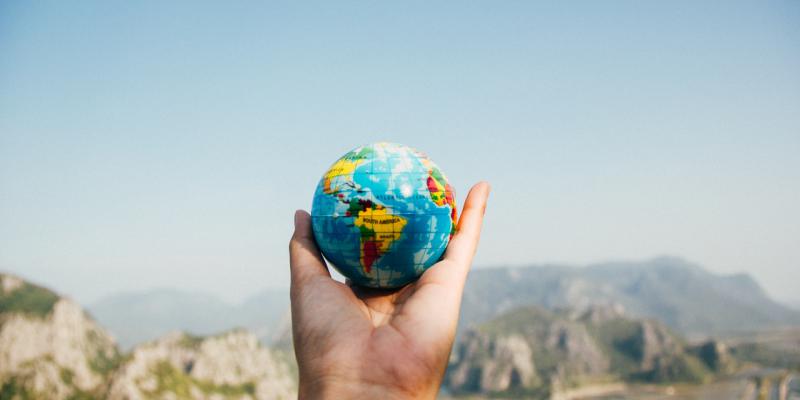 In short: The world is getting hotter, and humans are responsible.

Yes, the planet’s temperature has changed before, but it’s the rise in average temperature of the Earth's climate system since the late 19th century, the dawn of the Industrial Revolution, that’s important here. Temperatures over land and ocean have gone up 0.8° to 1° Celsius (1.4° to 1.8° Fahrenheit), on average, in that span:

Many people use the term “climate change” to describe this rise in temperatures and the associated effects on the Earth's climate. (The shift from the term “global warming” to “climate change” was also part of a deliberate messaging effort by a Republican pollster to undermine support for environmental regulations.)

Like detectives solving a murder, climate scientists have found humanity’s fingerprints all over the planet’s warming, with the overwhelming majority of the evidence pointing to the extra greenhouse gases humans have put into the atmosphere by burning fossil fuels. Greenhouse gases like carbon dioxide trap heat at the Earth’s surface, preventing that heat from escaping back out into space too quickly. When we burn coal, natural gas, or oil for energy, or when we cut down forests that usually soak up greenhouse gases, we add even more carbon dioxide to the atmosphere, so the planet warms up.

Global warming also refers to what scientists think will happen in the future if humans keep adding greenhouse gases to the atmosphere.

Though there is a steady stream of new studies on climate change, one of the most robust aggregations of the science remains the Intergovernmental Panel on Climate Change’s fifth assessment report from 2013. The IPCC is convened by the United Nations, and the report draws on more than 800 expert authors. It projects that temperatures could rise at least 2°C (3.6°F) by the end of the century under many plausible scenarios — and possibly 4°C or more. A more recent study by scientists in the United Kingdom found a narrower range of expected temperatures if atmospheric carbon dioxide doubled, rising between 2.2°C and 3.4°C.

Many experts consider 2°C of warming to be unacceptably high, increasing the risk of deadly heat waves, droughts, flooding, and extinctions. Rising temperatures will drive up global sea levels as the world’s glaciers and ice sheets melt. Further global warming could affect everything from our ability to grow food to the spread of disease.

That’s why the IPCC put out another report in 2018 comparing 2°C of warming to a scenario with 1.5°C of warming. The researchers found that this half-degree difference is actually pretty important, since every bit of warming matters. Between the two outlooks, less warming means fewer people will have to move from coastal areas, natural weather events will be less severe, and economies will take a smaller hit.

However, limiting warming would likely require a complete overhaul of our energy system. Fossil fuels currently provide just over 80 percent of the world’s energy. To zero out emissions this century, we’d have to replace most of that with low-carbon sources like wind, solar, nuclear, geothermal, or carbon capture.

Beyond that, we may have to electrify everything that uses energy and start pulling greenhouse gases straight from the air. And to get on track for 1.5°C of warming, the world would have to halve greenhouse gas emissions from current levels by 2030.

That’s a staggering task, and there are huge technological and political hurdles standing in the way. As such, the world's nations have been slow to act on global warming — many of the existing targets for curbing greenhouse gas emissions are too weak, yet many countries are falling short of even these modest goals.