How do we know global warming is real?

Back to top
Questions
Questions 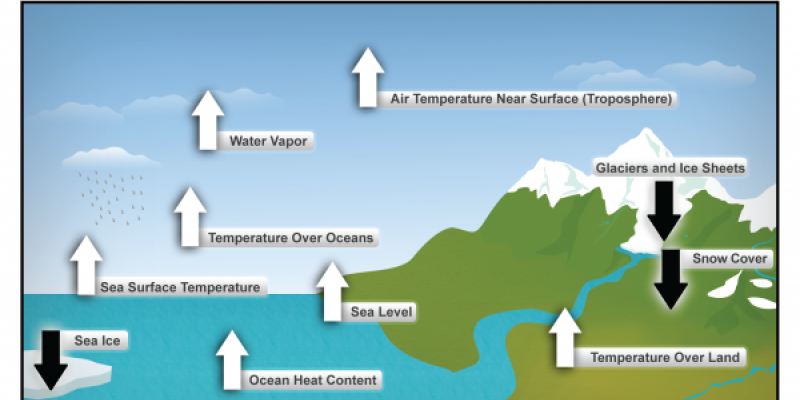 The simplest way is through temperature measurements. Agencies in the United States, Europe, and Japan have independently analyzed historical temperature data and reached the same conclusion: The Earth’s average surface temperature has risen roughly 0.8° Celsius (1.4° Fahrenheit) since the early 20th century.

But that’s not the only clue. Scientists have also noted that glaciers and ice sheets around the world are melting. Satellite observations since the 1970s have shown warming in the lower atmosphere. There’s more heat in the ocean, causing water to expand and sea levels to rise. Plants are flowering earlier in many parts of the world. There’s more humidity in the atmosphere. Here’s a summary from the National Oceanic and Atmospheric Administration:

These are all signs that the Earth really is getting warmer — and that it’s not just a glitch in the thermometers. That explains why climate scientists say things like, “Warming in the climate system is unequivocal.” They’re really confident about this one.